skip to main | skip to sidebar

All I gotta do is act naturally

Hey it may finally be MY TURN to be in the paper (without an attendant mugshot)!!!

We are practicing tonight, before our jam, for our December 8 Christmas Benefit concert. Just found out that the paper will be there to interview us and talk to us! How damn cool is THAT!

This year, the benefit is raising money for the Klamath County Library, and again, collecting food for the Klamath/Lake County food bank. Dec 8 at the VFW in go-juss downtown Klamath Falls. When you see the mural with the fighter planes, you've found it.
Posted by pril at 7:53 AM No comments:

On a lighter note, here's a guy I know. He's not dead. He's a nice guy and it's very cool to see him doing what he's doing and in the paper.

I have been dropping pounds slowly but surely. Not that I was very heavy to begin with, but I was heavy enough to want to lose some. The exercise at work helps a lot, and so did making an effort to stay away from things with high fructose corn syrup in them.

You know, the more I read about that stuff, the less I want it in anything i eat. They put it in low cal and low fat diet food too! No wonder people on diets have such a hard time losing weight! The thing that packs it on is in EVERYTHING!

Stoked to find a bread by Franz bakeries that is whole wheat and HSFC free.

We've been getting fatter as a country since the 70s... when it was introduced and they slowly started putting it in everything... coincidence? We've successfully demonized and banned trans fats, next up should be HSFC. That is just some NASTY stuff.
Posted by pril at 9:38 PM No comments:

I just got word that a friend on the coast, someone who I used to love jamming with, who taught me so much about music, passed away recently. Must have been in the last week or so. Got an email this morning from the Savage Lobster that she was finding out about his services, and that as far as she knew, they were going to be at the VFW in Bandon some time in January.

Jim Rowe, the piano man, the harp man... who was so intense and into music when I met him, he would turn that certain shade of red when he played, who could do a Bob Seger song about as good as ol' Bob himself... Jim's gone now. I'm glad I met him, glad I got to spend so many Wednesdays jamming with him.

I'll do my damnedest to be there for his memorial. What a great guy. What a shame.
Posted by pril at 12:14 PM No comments:

In my battle against the things that don't work right

We've beaten one of several. New phones through a company that has excellent coverage all over where I need to be. I simply could not stand Sprint a minute longer last Wednesday, and my Sprint phone was almost tossed out the window in the middle of Butte Valley. Could not get through to the Smart Half because of whatever Sprint's excuse this week for him not being able to receive better than half the calls that are placed to him. See ya! Been a shitty three years, Sprint! You assholes.

However, on beating that one, another frustration appeared. The little red car. It has sprung an interesting problem, and like many of the other problems with printers, computers and phones, it appears to only do it to me. It's a cold weather issue. I'm thinking it's whatever the automatic choke is called now-a-days. It starts fine. Runs fine. As soon as I drop it into drive (or L or 2 or R) and hit (or just barely touch) the gas pedal, it dies. It won't go. However, if I wait until the outside temperature gets over 35, the problem is nonexistent. I have to dig into the book for this one. I'm just not familiar enough with this engine.

So, in that, the universe continues to conspire against me.

The Fo still needs serious suspension work, and tires that won't kill us once the snow hits.

Also, have not yet had the chance to replace our washing machine, which is just not working at all now. Good times, there.
Posted by pril at 9:25 AM No comments:

I saw the dumbest movie I've seen in a long time a couple of days ago. The Covenant.

When they made this movie, apparently they didn't nail the budget very well. They spent all the money on special effects. Crappy script, crappy writing, a makeup artist who was asleep on the job. Was there even a plot?
Posted by pril at 6:59 AM No comments:

Py's feet are much better. Got the evil casts off. He's all stitched up and goes back to the vet in two Mondays. He has ventured out into the yard twice. The vet gave us pre-dosed syringes full of kitty painkiller that i put in tuna juice for him, and boy does he get LOADED. lol! He gets the nods. Spot managed to get into his most recent dose of the painkillers, as well, and she was walking much better afterwards. So she should go to the vet next. She has some arthritis in her hips and she's a BIG cat.

I hope i can find my camera tomorrow..

So I can get a picture of Py with his little orange bandages on his front feet. Poor little dude. I had to take him in and get his two front dewclaws removed because his claws were growing into his footie pads and I didn't want it to happen again. I'm not a de-clawing person. But this was different. Smart half went and picked him up from the vet because I was on my Siskiyou route today (aaaaaaaaalllllll day, as usual) and got home around 7. And there was Poop on the couch, and i just laughed and laughed because his feet look so funny. But then he got pets for a long time, i brought out his favorite blanket to sleep on and gave him his antibiotics in tuna juice. His feet are SO SMALL in the bandages! He's a kind of biggish cat- 9 pounds, but he has poofy fur, even on his legs and feet, so he looks much bigger than he is. He can walk around, but one of the bandages has his foot at a strange angle so walking is probably harder than normal. So, he's a big-looking gray and white cat with teeny little orange stick legs in the front. He's sleeping next to me right now. Shhhhhh. He had a rough couple of days. I know how he feels.
Posted by pril at 9:32 PM 2 comments: 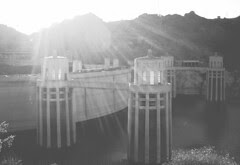 The one thing about my vote that I'm going to express here.

I'm voting no on 50. "But it's for the children!" maybe so, but that doesn't make it any less stupid.

Taxing something the government would like us all to stop doing is stupid, especially when those taxes are supposed to go for something like healthcare. Excuse me, isn't this the law of diminishing returns? As more people quit, there will be less money from the tax coming in. If the nannies all get their way, and no one in Oregon smokes anymore, where will the healthcare money come from?

But since it's for the kids, maybe we should all start smoking. I'll smoke more! Yeah. Genius.
Posted by pril at 3:07 PM No comments:

pril
If you want to know about me, you should meet me. But I play three instruments and I'm a community college student working toward an AS in Environmental Studies and a transferable AA.